I can’t quite call this a novel.  I can’t describe it merely as a story.  It’s a beautiful oddity, an experience, a sensation.  Reading it was a bit like being in a dream where the mundane is periodically punctuated by the surreal and you find yourself shadowed by a vague feeling of menace despite the familiarity of the everyday surroundings.  I bought it a few days ago knowing nothing at all about either book or author, but it’s a title I’m going to be championing for some time to come.

Poland: the early 1980s.  The country is a one-party state known officially as the Polish People’s Republic, with a communist government under the influence of the Soviet Union.  Following a succession of challenges to the state’s authority, the Military Council of National Salvation seized power and imposed martial law.  Everyday life for millions of Polish citizens is now fraught with difficulty: there are frequent power cuts and a shortage of many basic necessities, with shop shelves often bare.  This brief political context is provided by the translator in a short explanatory section at the back of the book and if, like me, your knowledge of 1980s Polish history is non-existent, it’s a useful addendum to give a bit of background to some of the novel’s references.

Our tour guide through these challenging times is Wiola, who is a young child when the book begins.  Everything that happens we see through her eyes as she grows up on the family farm in the tight rural community of Hektary.  The real cornerstone of the book is the way in which wider events creep into Wiola’s life yet all the while it’s the smaller, more personal and immediate happenings that most colour her impression of the world.  A lost kitten, a llama on show at the church fair, the humiliation of her first crush seeing her at the local market as she helps her grandmother sell cherries; these are the things that stick in the little girl’s mind most clearly, as we move through her life in a succession of vignettes, fragments of memory that combine to form her sense of self.  The author nails precisely how we all see ourselves and make sense of our existence; when we look back at our past it’s never a simple linear progression but rather isolated memories, often with significant gaps in between – and why we remember certain events so vividly and forget others is a mystery.  What’s also incredibly clever is the way in which Wioletta Greg ensures her readers have a level of knowing way beyond that of her narrator.  If any of you have read “The Trouble with Goats and Sheep”, then this works in a similar way: the young protagonist mentions things in passing that we as adults realise have a far greater significance than she can yet comprehend.  On the very first page there’s a quick, matter-of-fact reference to the fact that Wiola’s father was imprisoned for deserting the army just before she was born and remained inside for almost two years, but the emotional impact this would have had on him is beyond the scope of a child’s understanding.  When it becomes clear a few years later that he has a problem with alcohol the connection is never made in writing, although it most certainly is in our heads.  Some episodes are terrifying to us while merely mystifying to Wiola, the most striking example being the school art competition that attracts the sinister attention of the government authorities.  Wiola paints a picture of Moscow but unfortunately the ink cartridges in her schoolbag burst and the painting in ruined.  Too late to be withdrawn, it gets sent off to the provincial authorities for judging and Wiola forgets all about it, until a month later when two officials turn up at the school wanting to speak to her.  She assumes they’ve come to award her a prize, and is completely nonplussed when they start quizzing her on who gave her the idea to depict Moscow in such a way, deface (deliberately they believe) with dark ink.  Of course Wiola has no conspiracy about which to tell them, but we turn cold as we read, horrified by the level of state scrutiny, the intimidation of a child and the very real threat of arrest for perceived treasonous acts that dog this surveillance society.

There are many more episodes like this throughout the novel, and Wiola suffers some truly horrendous treatment at times by a number of unpleasant characters.  It seems bizarre to say then, but I found the book absolutely beautiful.  To see the wonder a child finds even in a world we know to be brutal, cruel and dangerous is quite humbling and immensely moving.  It’s also about the places we call home and the love that ties us to them even when logic tells us that circumstances could be so much better elsewhere.  It’s a very short book but it has an intensity meaning it punches well above its weight in terms of lasting emotional impact.  It hasn’t had widespread reviews or lots of publicity as far as I know, but it’s become my personal mission to get as many people reading it as I can.  I do hope this review is a good start. 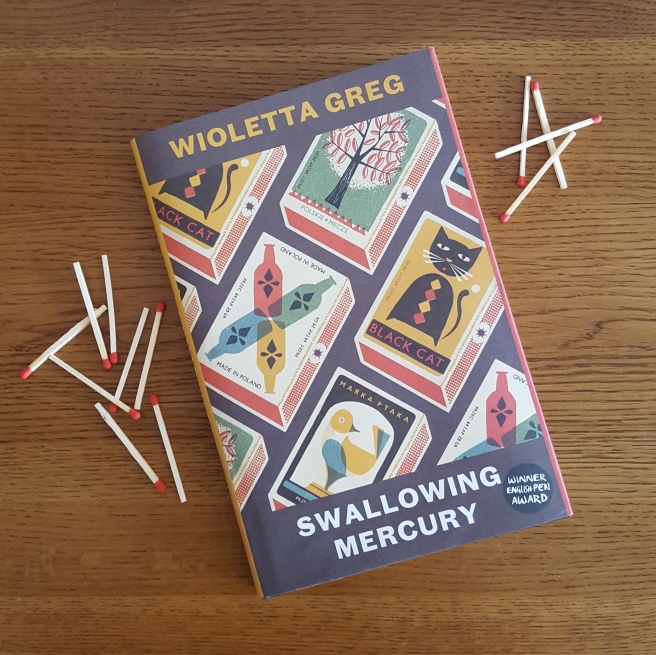