It’s been a while since I’ve read such a magical literary concoction as “The Watchmaker of Filigree Street”.  Part steampunk, part Victorian gothic, part crime thriller, with splashes of the fantastical thrown in, it’s an endlessly intriguing kaleidoscope whose patterns never fall quite as you expect them to.  I don’t even want to talk about the plot as to do so would be to somehow dull the shine of a book sparkling so brightly with imagination.  If I tell you, however, that it involves bomb plots, exiled Japanese nobility, Gilbert and Sullivan and a clockwork octopus called Katsu you’ll start to get a small sense of the eclectic pick-and-mix that makes this book such enormous fun.

With so many ideas flying about it could easily have turned into a bit of a disjointed muddle, but this isn’t the case.  Yes, it’s a whirlwind of a read, but a very tightly controlled one.  Keep your concentration, because it moves between timeframes, countries and characters, and by the time the action-packed denouement arrives you’ll need to have your wits about you to keep track of what’s going on.  In fact, there was one section towards the end that I had to go back and read again in order to get my head around what had actually happened – but truthfully, I’d rather have that any day than a story professing to be a mystery but whose ending is signposted a mile off.  I would never have guessed how the story would end, and I was glad to have been wrong-footed.

I like my fantasy firmly grounded in a believable reality (Ben Aaronovitch, Erin Morgenstern and Sergei Lukyanenko all do this incredibly well) and for me the novel’s great success lies in the seamlessness with which it blends the surreal with the everyday.  Keita Mori’s quasi-magical clockwork emporium on Filigree Street sits perfectly congruously alongside the earthly drudgery of the Home Office telegraphy department where his soon-to-be friend Nathaniel Steepleton works.  This is a London beset by terrorist bomb threats such as those within living memory that make even fictional ones seem all too real; yet the concept that within this very recognisable city there exist individuals with the ability to pre-empt future events by picking up disturbances in the ether caused by human though never seems at all improbable.  I suspect many of us would like to believe there’s something a little bit magical lurking just around the corner from our everyday lives, and Natasha Pulley delivers on this promise.

She’s an extremely elegant writer, who delivers dry wit and deep-seated emotion with equal finesse, and it’s to her absolute credit that she took me to paces I never thought I’d go at the novel’s start.  This is definitely one for those who love relishing the dexterity of the written word as much as they do a great story; it comes highly recommended from me on both counts. 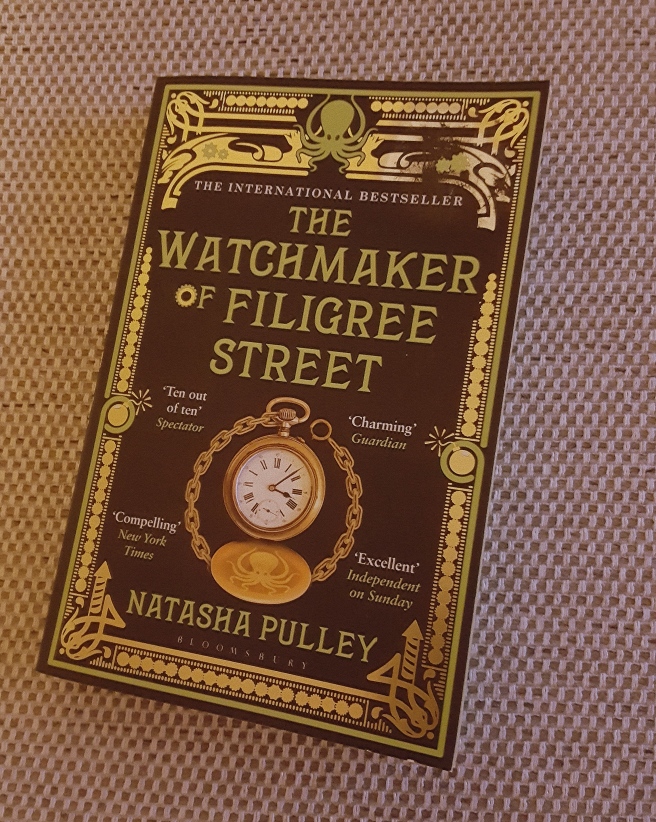